The story of Highfield Oval

Highfield Oval in Harpenden was once a children’s home, opened in 1913 by the National Children’s Home and Orphanage (the NCH, now Action for Children). The Oval was home to over 200 children at a time. Its grounds contained a school, hospital, chapel, bakery, carpentry, dressmaking and shoemaking workshops, an orchard, kitchen gardens, farm school and woodland. Also on site was the charity’s national printing school. Highfield Oval was one of the National Children’s Home’s largest homes and became the charity’s head office. 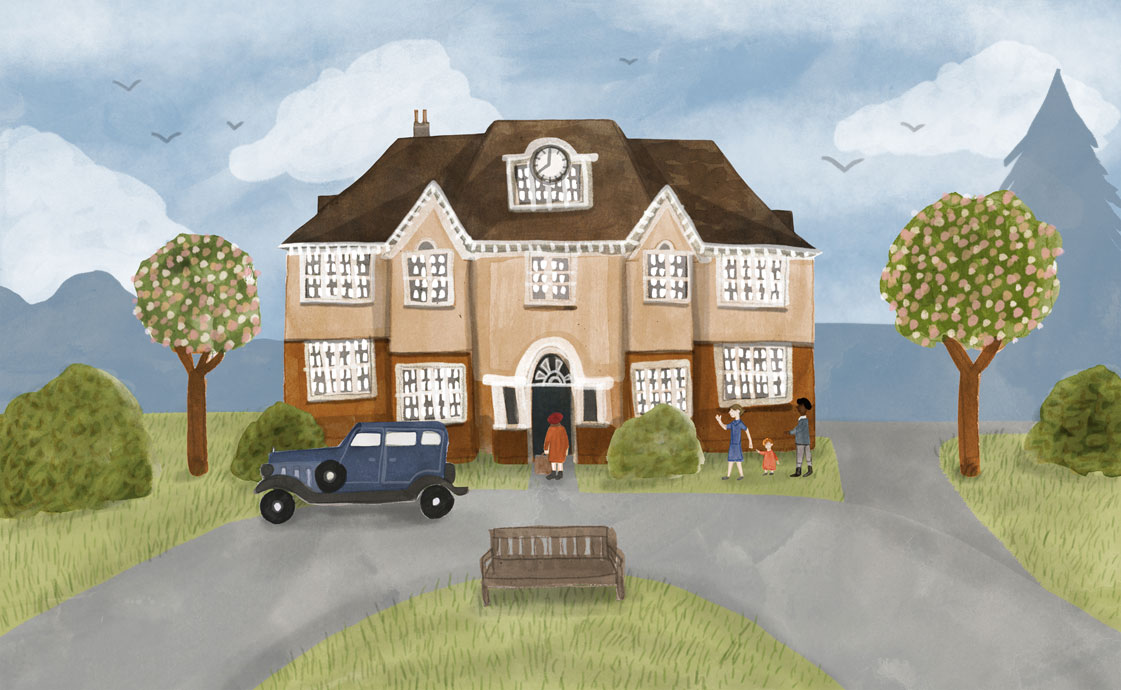 Further along Ambrose Lane, the National Children’s Home also ran the Elmfield Sanatorium, for children suffering from tuberculosis. Both the sanatorium and the children’s home were designed on the principle that children’s health and wellbeing is nurtured best outdoors, in ‘an abundance of sunshine and fresh air’. Open-air classrooms, chalets that revolved to face the sun, and lessons such as gardening and beekeeping helped the children to spend as much of the day in the fresh air as possible.

The NCH was founded by a young Methodist Minister, Thomas Bowman Stephenson, who moved to London in 1868. He was appalled by the number of homeless children living on the streets, ‘ragged, shoeless, filthy, their faces pinched with hunger’ and opened the charity’s first children’s home in 1869. In 1913 the NCH moved all the children from their London children’s home to Harpenden. Diseases such as tuberculosis were spreading quickly in the overcrowded and polluted capital and there was a growing interest across Europe and America in the benefits of fresh air and open-air schools for children. Highfield Oval, with its woods, fields and rural setting, was seen as the perfect location for a healthier new home for children.

The images and archive materials below are provided courtesy of Action for Children (unless indicated otherwise). They were scanned by staff and volunteers working on Making and Growing at Highfield Oval, a community heritage project made possible by the National Lottery Heritage Fund.

The Beginnings of the National Children’s Home

As part of Making and Growing at Highfield Oval we are collecting the memories of people who grew up or worked at the children’s home, or had another kind of connection to the site. We are really grateful to the people who have taken the time to share their fascinating stories with us. Click on the map below to hear their memories about special places on the grounds. This is a work in progress and will grow over time. 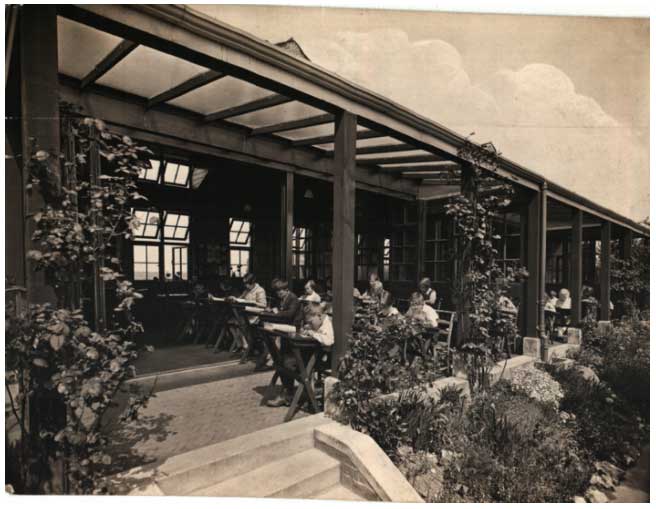 An open-air classroom at the Sanatorium, 1947

The children’s home contained two woods in its grounds, this one, known as the Boys’ Wood, and the Girls’ Wood, known today as Ambrose Wood. When the home opened in 1913, the chance to play and learn outside was considered by the founders to be essential to the wellbeing of children. Open air classrooms were created here and at the nearby Elmfield Sanatorium, also run by the National Children’s Home, for children with TB.

Memories of the woods

Geoffrey Atkinson, who was cared for as a child at Highfield Oval from 1953, when he was ten years old, remembers playing in the Boys’ Wood.

The Orchard and Food Growing 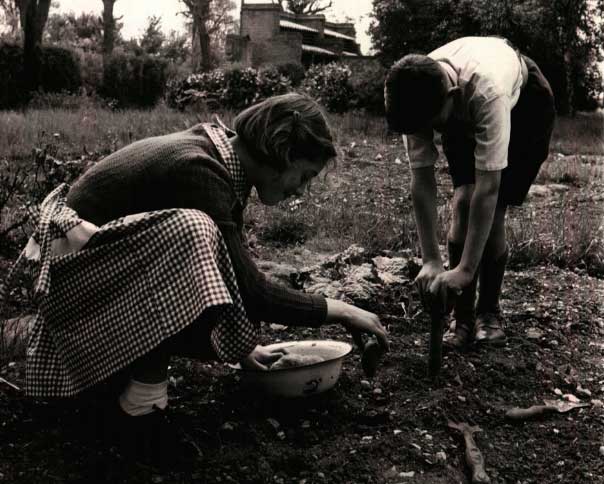 Food growing and farming on site helped to provide for the children’s home and also offered training for the young people. Most of the green vegetables and soft fruit needed were grown in the grounds. In a good year the orchard produced enough apples to last the winter. Children were taught gardening skills in a teaching garden in the orchard. Children from the children’s home and from the town helped out on the farm in the summer.

Memories of the orchard

Terry Elphick, who moved to Harpenden with her family in 1957, aged 13, remembers helping out on the children’s home farm. 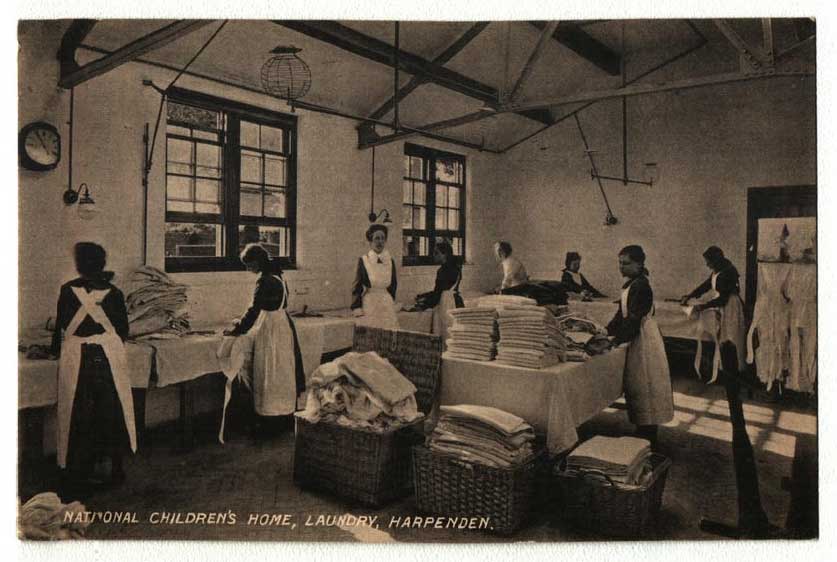 The buildings in this area were once workshops, teaching shoemaking, woodwork and printing to young men at the children’s home. The young women were taught book binding, and also skills such as laundry and dressmaking to prepare them for domestic service. The printing workshop (the building with the sawtooth roof) was the printing school for the National Children’s Home with apprentices coming from other children’s homes around the country.

Memories of the workshops and printing school

Geoffrey Atkinson, who was cared for at Highfield Oval from 1953, talks about the different skills that were taught at the printing school.

Here he remembers the trades practiced in the other workshops 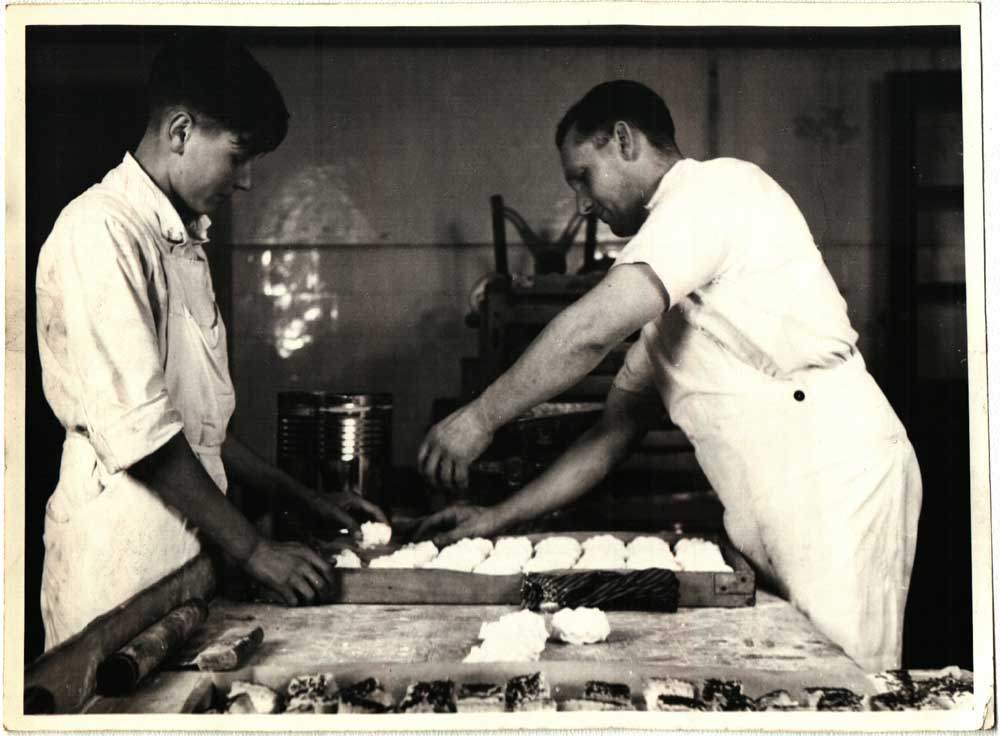 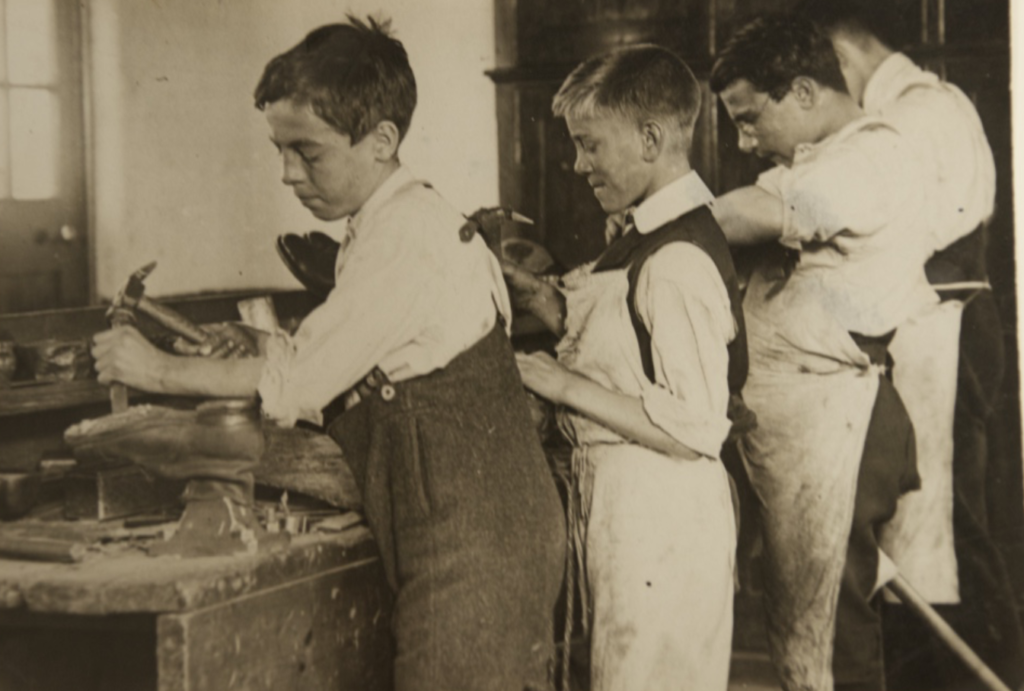 The bakery at the children’s home baked over 150 loaves for the children every day! It also provided training and employment for young people growing up at the home.

Memories of the bakery

See footage of the bakery at the start of this short 1950s film about Highfield children’s home. 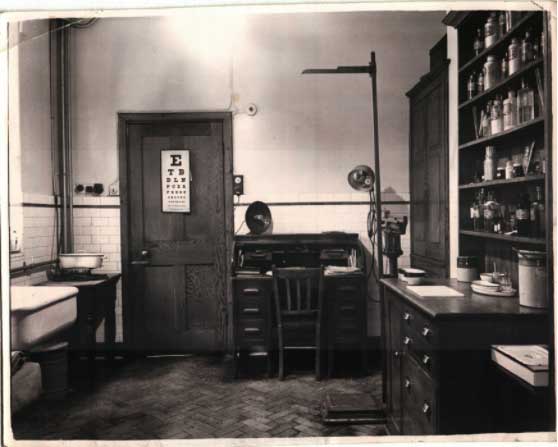 The building now called the Hospitality Suite was once a hospital for the children’s home. The hospital was opened in 1927. The link between a window view from a hospital bed and shorter recovery times, now suggested by research, seems to have been reflected in the design of the building nearly a 100 years ago. According to the archives, the children’s home development committee studied plans for the hospital in November 1923 and called for, “Windows for dormitories to be sufficiently low to enable children to look out, the size of the window panel increased and the frames reduced accordingly.”

Memories of the hospital

Shelagh Cosgrove was looked after at the children’s home between 1945 and 1952. Here she describes her memories of the hospital and her views on the physical and emotional care she received here as a child.

I remember being particularly prone to coughs, colds, and respiratory problems.  (The smog, coal smoke, cigarette smoke, and dampness of England in those days were probably not very helpful either). But all of us children were given daily doses of cod liver oil, orange juice, and malt before leaving for school.  Having a hospital on the grounds was also very good because scrapes and cuts and bruises happen wherever there are children playing outside, and I had my share of minor disasters that ended with having to go to the surgery for plasters, bandages, iodine swabs and so on. I spent a lot of time swinging on gym poles, and in the woods, climbing trees, oblivious to the thorns, nettles, wood splinters, rust and insects.  Riding bikes and skates around the Oval was a source of much joy, too, and came with the possibility of injuries if you fell.  I scrumped apples in the orchard, hiked down to the cemetery on a dare one night with a couple of other girls.   I remember one cold morning out in the garden at the back of Ferens, helping to dig a plot for some plants. I was wearing rubber wellingtons that are not very warm or protective, and managed to put a tyne of the pitchfork into a big toe!   I didn’t feel it at the time, but when I came to take the wellingtons off in the boot room, there was blood in my boot.  Sister Cora hiked me off to the clinic immediately and iodine and plaster was applied.  I still have the scar to this day!   When I think of it, it’s a wonder I remained in one piece as much as I did.

That our physical care and well-being was taken care of is without question. But what of the emotional or psychological needs of children?   For me, this is where I feel things fell somewhat short.  I know the Sisters and the staff were good to us, given the understanding of children and their place in those times.  The focus was on behavior and there were rules and strict enforcement of them too.  This included punishments of various kinds, from having pocket money stopped, free time restricted, having to go to bed early on a beautiful summer evening, and for the boys, being spanked with a slipper, or whipped with a cane.  This was all normal in England in those times, even for kids in normal homes, and those expensive boarding schools.  The authorities did what they knew—but I feel there was a serious lack of understanding about a child’s emotional needs, especially the trauma of having lost one’s original family, or promises made and broken about visits from members of one’s own family.

Taken with permission from an address given in the chapel during an NCH reunion, July 2010 by Shelagh Cosgrove.